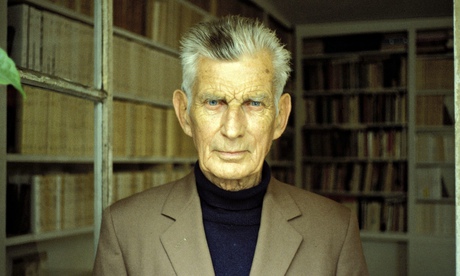 Samuel Beckett wrote to a friend in 1933 that the rejection of Echo’s Bones by his publisher ‘discouraged me profoundly’. Photograph: Louis Monier/Gamma-Rapho via Getty Images

A previously unpublished story by Samuel Beckett will go on sale in bookshops for the first time, 80 years after his publisher rejected it as a nightmare read that gave him “the jim-jams”.

The enigmatic story, entitled Echo’s Bones, was originally commissioned as a final story for More Pricks Than Kicks, his collection of inter-related stories published in 1934. But his publisher at the time, Charles Prentice at Chatto & Windus, turned down the tale for being far too difficult and strange. Prentice broke the news to Beckett in a blunt letter: “It is a nightmare … It gives me the jim-jams … Echo’s Bones would, I am sure, lose the book a great many readers. People will shudder and be puzzled and confused; and they won’t be keen on analysing the shudder.” He added: “I hate having to say this.”

The 13,500-word story was held back from inclusion in the published volume and has since remained hidden in American archives, receiving scant attention from Beckett scholars. Its publication by Faber & Faber on 17 April will be a major event for fans of the Irish writer and author ofWaiting for Godot, who died in 1989. Beckett won the Nobel prize for literature in 1969 and inspired other literary giants such as Harold Pinter.

The new volume is edited by Dr Mark Nixon, reader in modern literature at the University of Reading, where he is also director of the Beckett International Foundation. He is president of the Samuel Beckett Society and has published widely on Beckett’s work. Nixon writes in the introduction: “The literary merit of Echo’s Bones is evident; moreover, it is a vital document.”

Prentice was a hard publisher to please. In 1932 he also turned down Beckett’s first substantial piece of fiction, the novel Dream of Fair to Middling Women, as “a strange thing”, although he later admitted that was “perhaps a mistake”. The problem, he felt, was that “we didn’t understand half of it”. It appeared posthumously in 1992.

When Prentice received the manuscript for More Pricks Than Kicks in September 1933, he asked Beckett to expand it by adding another story: “Another 10,000 words, or even 5,000 for that matter, would, I am certain, help the book.” But having rejected Echo’s Bones, he published the collection a few months later with 10 rather than 11 stories.

The rejected story features the protagonist of the ninth story, Yellow. In Yellow, the central character, Belacqua, dies after surgery in hospital. In Echo’s Bones, Belacqua is faced with an afterlife.

In December 1933, Beckett wrote to a friend that the rejection of a story “into which I put all I knew and plenty that I was better still aware of, discouraged me profoundly”.

Nixon believes that the failure of the story prompted Beckett to write a poem of the same name, and to use the title again for his first collection of poems, Echo’s Bones and Other Precipitates, published in 1935.

He writes in the introduction that, on first reading Echo’s Bones, one cannot help but sympathise with Prentice’s decision, for it is “a difficult, at times obscure, story”, adding: “But if the story is rather wild and undisciplined, it is also quite brilliantly so … Echo’s Bones is, without doubt, more densely allusive, more Joycean, than any of Beckett’s other early writings; both on a verbal and a structural level, it harnesses a range of materials, from science and philosophy to religion and literature … Blending fairy tales, gothic dreams and classical myth, Echo’s Bones is in parts a fantastical story replete with giants, tree-houses, mandrakes, ostriches and mushrooms, drawing on a tradition of folklore as popularised by WB Yeats and the Brothers Grimm.”

Asked why it has taken so long for the story to be published, Nixon told the Observer: “During his lifetime, Beckett was rather negative about most of his works dating from the 1930s, and was reluctant to allow texts published in that decade to be republished … We would not bepublishing this text had it simply been abandoned during the writing process. Beckett clearly wanted it to be published, which is why he wrote it and submitted it to Chatto, at their behest.”

Edward Beckett, the writer’s nephew and executor, told the Observer: “This is a very important text. It’s good that it is available at long last.”

News of the publication follows last week’s announcement that Juliet Stevenson will return to the Young Vic in 2015 as Winnie in Beckett’s existential masterpiece, Happy Days. The acclaimed production sold out its first run earlier this year.

An extract from Beckett’s ‘lost’ story.

The dead die hard, they are trespassers on the beyond, they must take the place as they find it, the shafts and manholes back into the muck, till such time as the lord of the manor incurs through his long acquiescence a duty of care in respect of them.

Reproduced by kind permission of the estate of Samuel Beckett